Free English translation on 2 August 2021. The German-language document you may find here!

The time will soon come.

My youngest 14-year-old granddaughter naturally wants to "belong" here in the far north and, just like her classmates, not live her life as an outsider and a Catholic.

By dealing with the reality in the matter and in the commission, my person had to find out that it will be just the Catholics who already knew about the monumental contacts via my person for many years and will have used them for their purposes or to their advantage as long as they are and were advantages for those.

So it is probably more than understandable that now my person in particular does not want to bind my granddaughter to such a Catholic society and it would probably be best for her not to take any steps at all in these directions, as it is still better for every human being not to belong to any religious community than to belong to the wrong religion, which, however, will no longer be properly possible for my granddaughter through baptism.

Sadly, very sadly, the whole matter made me and so in the meantime, instead of my grandchildren having to be considered outsiders, there was the possibility for me to take all of them straight away into the right doctrine and onto the real path of faith.

Nothing could be easier!?

Unfortunately, my person could not know at that time how sick and kaputt humanity would be when the possible day would come to be able to initiate the prophetic turn in the history of time, whereby one' s own strength would of course also slowly but surely run out!

Also, my person did not know that the two large so-called Christian churches in reality have several triple-digit billion euro riches at their disposal, some of which are firmly invested in companies and real estate, and that nevertheless people threatened in life and limb were and are dependent on the bell-bottoms of the churches.

This makes every Christian and especially a Catholic and not only every clergyman more than just untrustworthy, even when a priest has to more or less beg for the maintenance of his church and parish, as is the order of the day almost everywhere and on the part of both the large Christian churches.

Everyone can find out about such an extent of riches also on the Internet and must say to oneself that many people could still be alive if these mysterious riches had not remained quite so secretive and controversial!

Not to mention "the actual net profit" of the one true church!

So one asks oneself who is the real defeated party in these machinations and who has to pay the price in the end! ?

Have fun thinking about it! 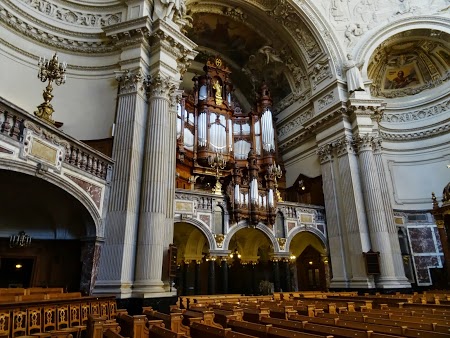 HP: It will rather not be my person and the persons of my two comrades-in-arms, because I am not the type who sees and prefers the suffering of Christ as a grace and opportunity, but it is rather* those who hold the Body of Christ as a kind of protective shield against and from every injustice!